Argentina is the second-largest country in Latin America and the world capital of Tango, an Intangible Cultural Heritage of UNESCO. With its own rich & authentic culture, mixing with prominent traditions from the large population of European immigrants, Argentina continues to flourish & diversify as additional influences pour in from around the world in the many cosmopolitan communities and highly-touristic areas.

It offers a truly upscale gastronomic scene, gaining indisputable worldwide recognition for its innumerable award-winning wines and succulent meats of the finest cuts and preparation. Undeniably devoted to sports - soccer, in particular - Argentinians have a passion that runs deep and anyone coming to visit is immediately swept up in the local love of fútbol. The country has also been recognized as the birthplace of the world’s best Polo players, having a beautiful horse culture that stems from their longstanding gaucho traditions.

Argentina is full of striking contrasts, highlighted by its vibrant cities, connection to culture, nonstop nightlife, and changing landscapes. From the Andes Mountain range on the west and the open plains of the Pampas, to the fertile marine kingdom on the Atlantic coast and the legendary must-visit Patagonia, every travel wishlist is fulfilled. Your journey across Argentina will have you passing through numerous forests, vast valleys and deserts, mountainous areas, lush jungles, and expansive glacial fields, not to mention the fact that the country serves as the gateway to Antarctica, offering even further diversity in your explorations.

Although the most populated areas are generally temperate throughout the whole year, Argentina has exceptional climate diversity; ranging from tropical in the north to sub-polar in the far continental south.

Due to the size of the country, the seasons in the southern hemisphere are the opposite to those on the northern side. Argentina is a year-round destination with two high seasons: the summer months from December-February and then from July-August for the traveller seeking ski and winter activities.

For up-to-the-minute weather in Argentina, consult the World Weather website.. 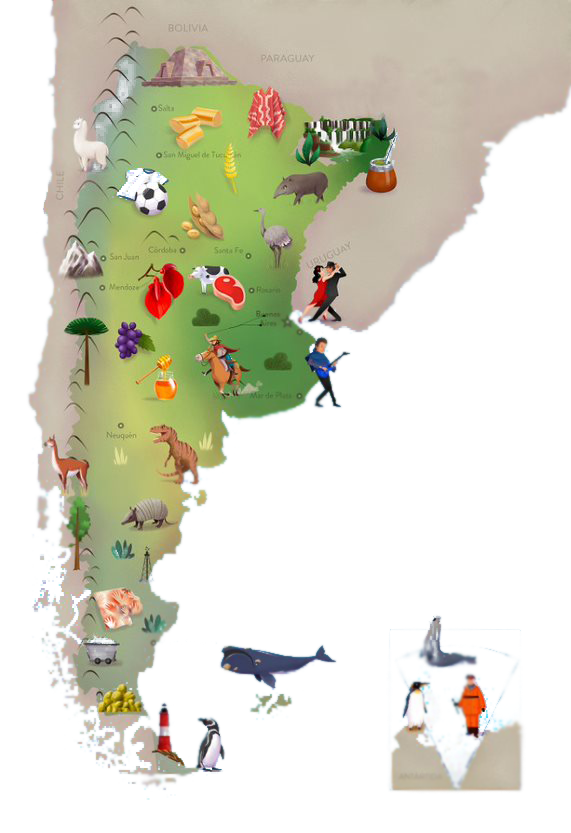 It is necessary to have a valid passport with at least 6 months remaining until expiration, in order to arrive into Argentina. Please check with your local consulate to verify whether you need a visa to get into Argentina. Likewise, we are available to assist you with this process. Please refer to the webpage below to confirm if you require a visa before visiting our country: https://www.cancilleria.gob.ar/en/service/foreigners/visas